March is Women’s History Month, and Faith Seeker Kids is excited to offer our spin on that theme for the next few weeks! First up…female authors and illustrators who create fantastic books for kids about the world’s faith traditions. There are plenty of great books out there, so we have plenty to share.  We’ll start with Islam. 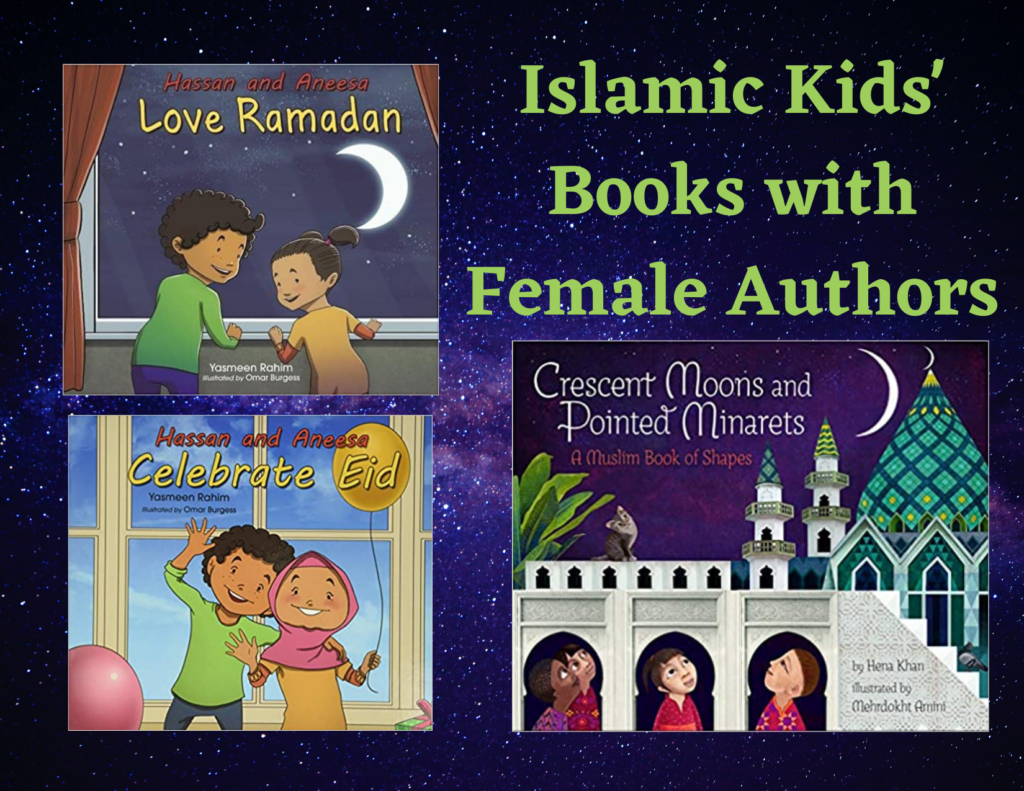 Hena Khan is probably the best-known author of kids books about Islam. A Pakistani-American who was born and raised in Maryland, Khan began with Night of the Moon in 2008 (Chronicle Books). In the book, kids learn about the Islamic holy month of Ramadan through the eyes of Yasmeen, a young girl who follows the phases of the moon — from the appearance of the first crescent (marking the official start of the month) to the parting of final crescent (marking the official end of the month). The book, written for kids in the lower elementary grades, is beautifully illustrated by Julie Paschkis, who was inspired by the exquisite art found in Islamic tiles.