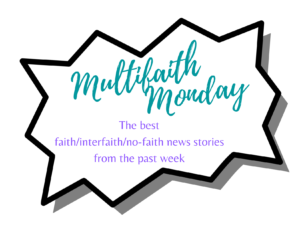 Last week’s news was dominated — and rightfully so — by the terrorist attacks in Paris. There were, however, some notable events happening in other faith circles. It was also a busy week on the interfaith calendar with the Mahayana Buddhist new year, the Sikh celebration of Guru Gobindh Singh’s birthday, and the Orthodox Christmas (officially called the Feast of the Nativity). This week, we have another Sikh holiday — Maghi — which honors 40 Sikhs who died defending Guru Gobindh Singh, and we have the Hindu solstice holiday Makar Sankrati.

Here are my top five news picks from the last week. The first two go beyond the major headlines about Charlie Hebdo. And for some reason, we have some interesting news stories coming from — of all places — Kansas City, Missouri!

President Hollande of France Asked Netanyahu Not to Attend Rally

Sunday Morning Services for the “Nones” in Kansas City